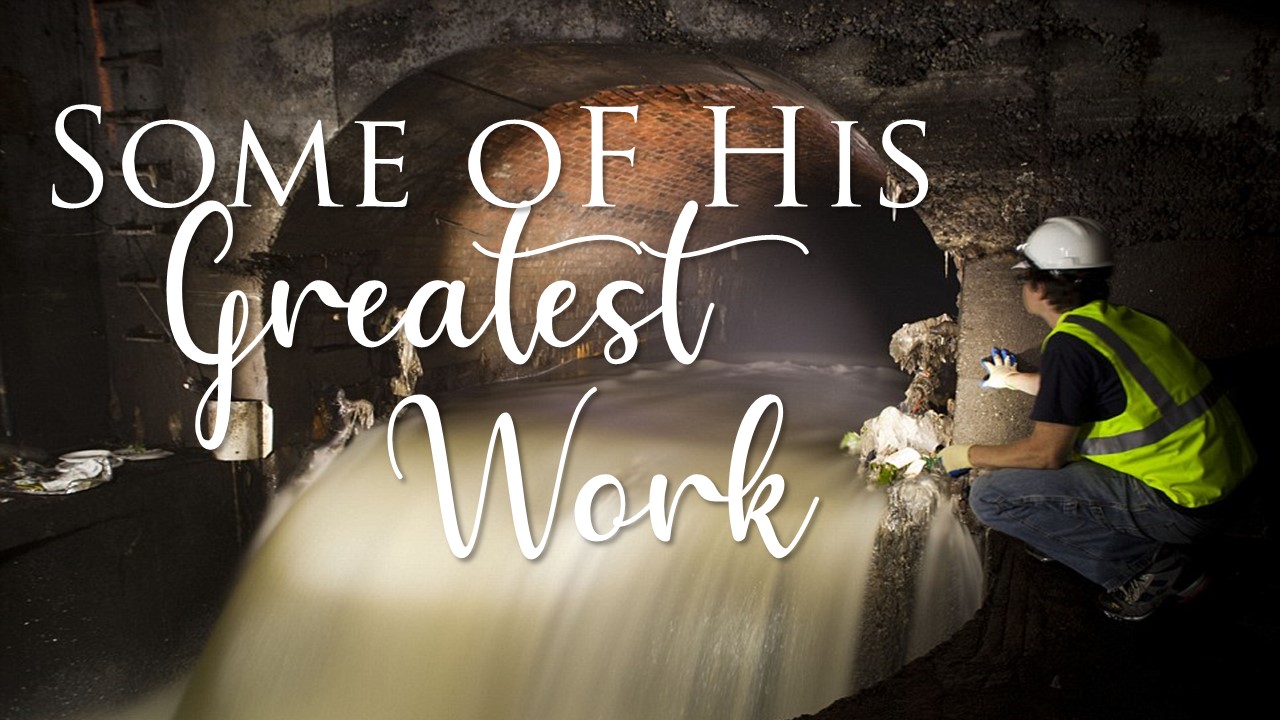 And the angel of the Lord came again a second time and touched him and said, “Arise and eat, for the journey is too great for you.  And he arose and ate and drank, and went in the strength of that food forty days and forty nights to Horeb, the mount of God, (1 Kings 19:7-8).

But how many of us are familiar with Elijah and depression?  He was running for his life hiding in the wilderness.  You can read the story in 1 Kings 19.  And it was there that God did some of His greatest work.

Sometimes the wilderness is predicated by a storm.  Elijah was running scared.  He had watched God work.  And then there was Jezebel.  Yikes!  Even the name is scary!  So, is God resting between His “bigger and better” performances?  Or, is He at work in the storm?  In the wilderness?

“When Hurricane Ida swept through New York, the heavy rain and flooding did an estimated $50 million in damage. But in the Big Apple, there's a silver lining: The storm may have cleared out a significant portion of the rat population that lived in the sewers and subway system. Experts believe hundreds of thousands of rats may have died as sewer systems were overwhelmed and dumped into local bays and estuaries, where the rodents later washed up on beaches.” (shepherdexpress.com)

There was a storm on the surface.  But there was a whole bunch of “stuff” going on beneath the surface.  I’m not talking about the Big Apple.  God was working in the life of Elijah.  What was He doing?  Clearing out the “sewer rats” of fear and self-pity?  Graciously refueling an exhausted servant?  Etching His self-portrait into the heart and mind of Elijah?  God was at work in the storm (Hurricane Jezebel).  God was at work in the wilderness of the humdrum.  And, frankly, we may not know it until the rats wash ashore.

Are you in the storm?  The wilderness?  Are you looking for the next “bigger and better”?  Don’t miss the presence and work of your God where He has you.  What does He want you to see of Him right here?