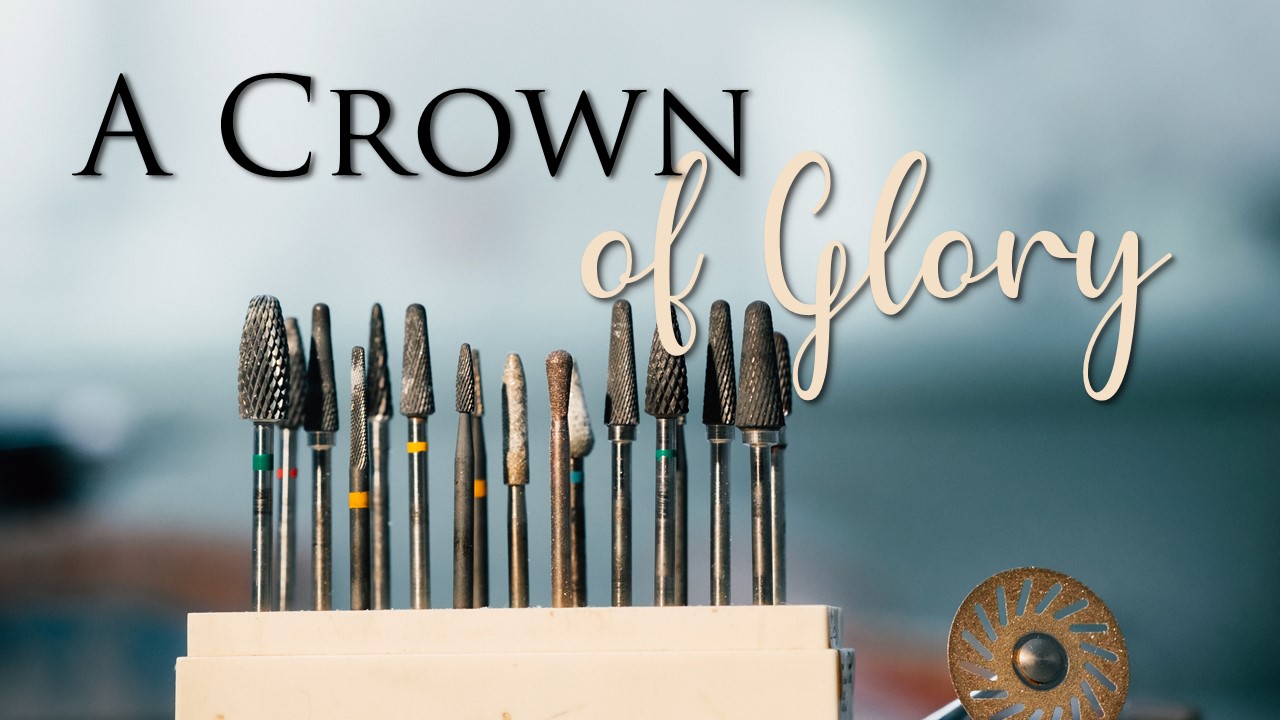 Who knew that dentists have 2,357 different drill bits?  For teeth!  Can you guess where I was yesterday afternoon?  For nearly two and a half hours I enjoyed the luxury recliner in one of my dentist’s torture chambers examination rooms.

One of my childhood fillings (better known as half of one of my teeth), had served well its time.  The remaining fraction of the tooth surrounding the filling had begun to crack.  Soooooooo, some topical anesthetic and much Novocain later, the old filling was removed.  Have I told you how much I appreciate the high-pitched shrill sound that the drill makes?  I live for the moment when that drill rests silently in its stand.

Once the old filling was removed, my dentist filled the cavity with new “stuff” (dental terminology).  After it hardened, you guessed it, more drilling!  I was impressed with the perfectionistic attention that my dentist gave to preparing my tooth for a crown!  After the preparation was complete, the crown was meticulously fitted on the remaining tooth.  Wah-lah!  I have a new tooth without cracks!

Don’t misunderstand.  I don’t particularly care for the surgical strike.  But, knowing the value and the outcome, I would do it all over again today.  Isn’t that what David was asking for in Psalm 139, a surgical strike?

All of those “drill bits” can be skillfully manipulated in the hands of our Master Surgeon to expose our hearts.  How we respond to such people and circumstances is like an EKG.  The question begs, do we want to open up for the Master Surgeon?  Do we really want to endure the “drill bits” of life necessary for corrective heart surgery?  Do we want our wayward heart thoughts to be exposed and replaced with His lead in our lives?  You do know that He’s preparing you for a crown, right?!