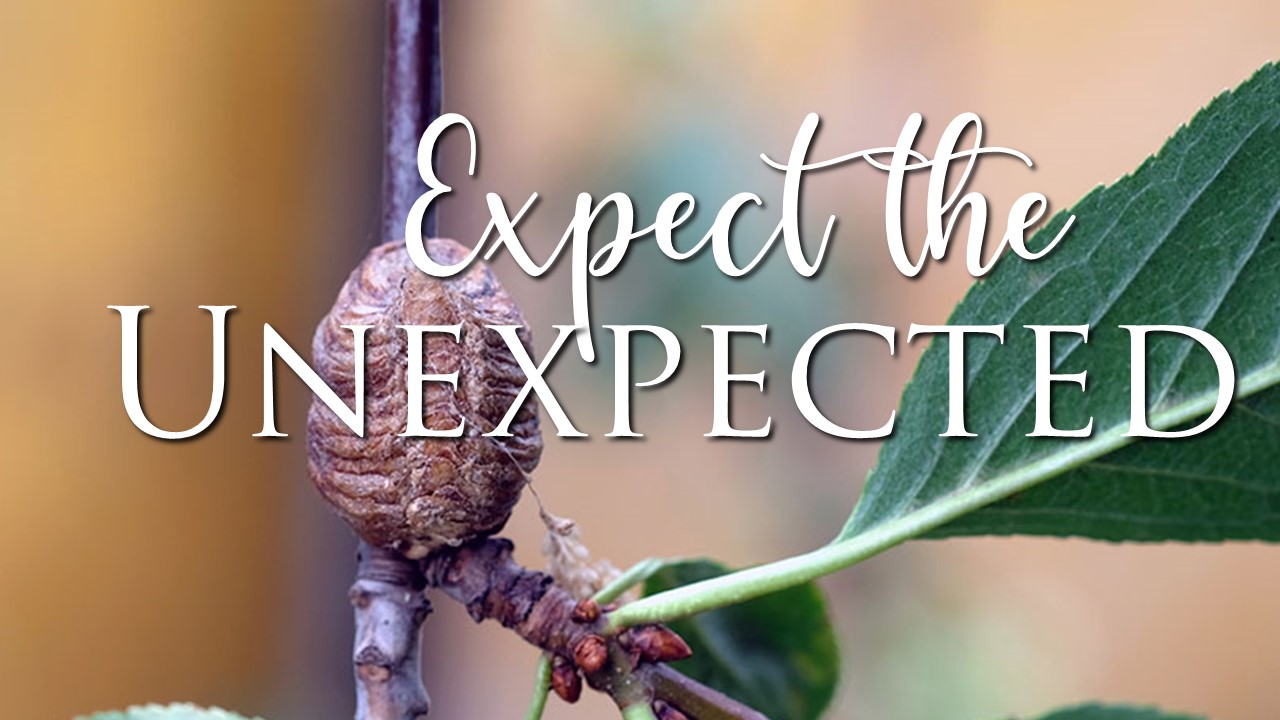 He said to them, “Cast the net on the right side of the boat, and you will find some.”  So they cast it, and now they were not able to haul it in, because of the quantity of fish.  (John 21:6)

I didn’t see that coming!  Have you ever made such a pronouncement?

Some years ago, I discovered a cocoon in the shrubbery surrounding our home.  Intrigued, I harvested the branch complete with attached cocoon and took it inside our home.  Wouldn’t it be cool if a moth or butterfly or some other insect made its way out of the cocoon?!

Well, my wife and I returned from being out and about.  In the front door, we did enter.  At some point, shortly thereafter, I noticed that something was on the wall above the mantle.  It appeared as though a Coke had exploded and left dots on the wall, lot’s of dots.  As I moved in to investigate, I discovered tiny, little (not to be mistaken with not tiny, little) preying mantises dotting the drywall above the mantle!

I didn’t see that coming!

I find it curious that Peter had multiple encounters with Jesus where Peter surely didn’t see that coming!  Like when Jesus fed the 5000 with one happy meal (John 6).  Like when Jesus put Malchus’ ear back on in the garden (John 18).  You know, the ear that Peter surgically removed with a sword!  Like when Peter’s Savior was crucified (John 19).  Or, like when they caught 153 fish after a fruitless night of fishing (John 21).

What a loving Savior who would grant us a front row seat to His “I didn’t see that coming” activity today!  Expect His unexpected.  Who is He feeding today?  Whose ear is He healing today?  To whom is He applying the finished work of calvary today?  Whose net is He filling today?