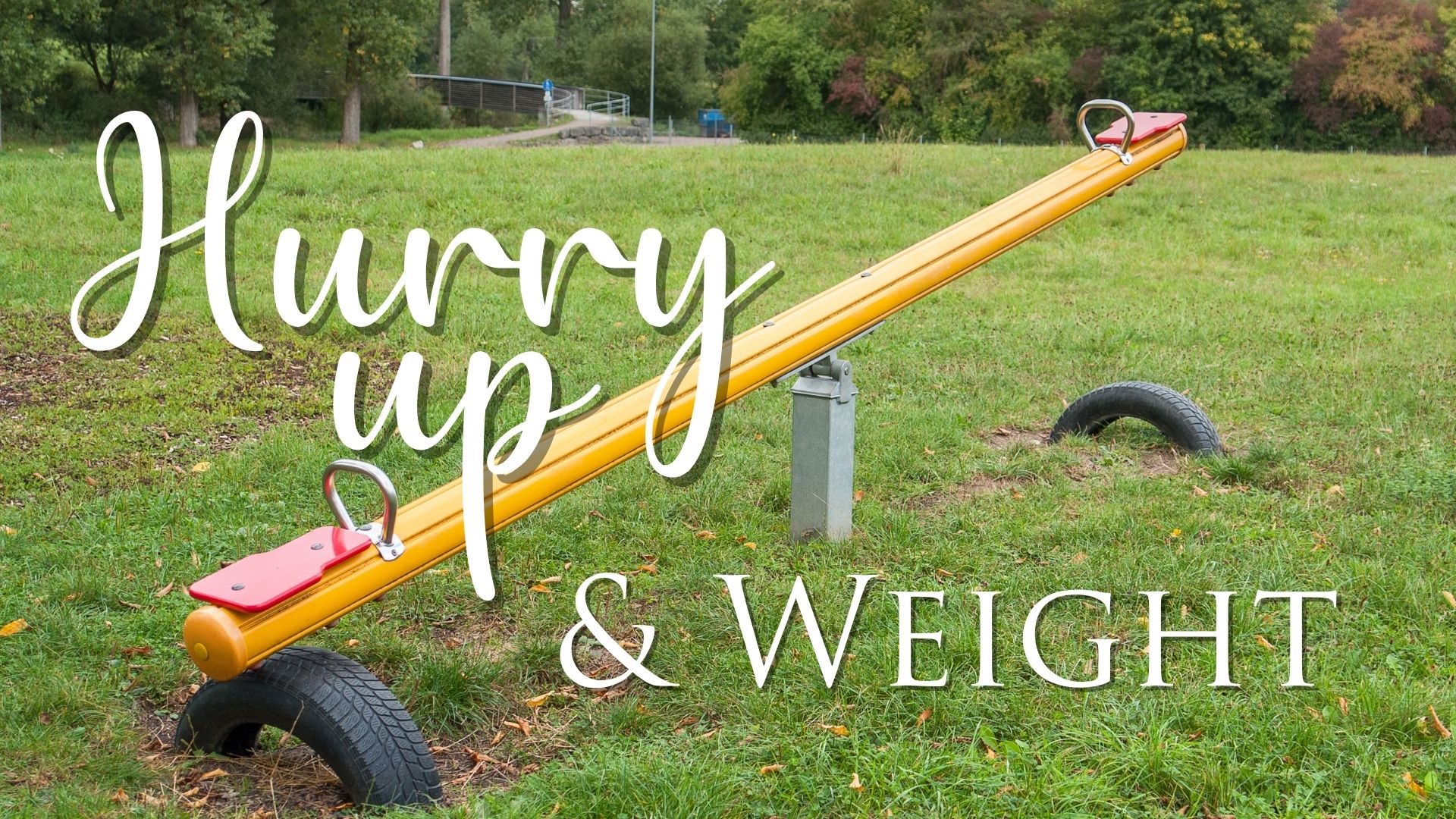 The first Theodore Roosevelt was concerned about the health of his children and wanted them to get as much fresh air as possible.  So, at the back of their brownstone in New York City, he removed a wall from a second story bedroom to make an open porch. The two boys and two girls went out on pleasant days to exercise. According to older sister Anna, one day a neighbor happened to look up to see nine-year-old “Teedie,” as he was called, on the end of a seesaw.  He, on the far seat, and his cousin, on the seat closest the house, were balancing it on the railing two stories up! The neighbor rushed in to tell his mother, Martha, who went out and firmly pulled the boys in. She said, “If the Lord wanted Theodore, He’d have taken him long before now.” (Margaret Porter Griffin)

We all know how a seesaw works, right?  The weight on one end of the board descends as the weight on the other end ascends.  The force exerted through the “leap” at the bottom of the descent reverses the order enabling the ascended to descend.

Have you ever been on a seesaw?  Any battle scars to prove it?  I find myself wanting to go find a seesaw and take a ride!

David loaded up one end of the seesaw with the mercy and steadfast love of the Lord.  He rightly identified the eternal weight of our God by qualifying that His mercy and steadfast love have been from of old.  On the other end David recognized the weight of his sin.  It has not been from of old.  Rather, it was from his youth.  In fact, the years of David (including his sin) are overwhelmingly enveloped in the endless years of the eternal God (including His steadfast love in Christ)!

What about your seesaw?  Time to get to the weight of the matter.

Feeling the weight of His steadfast love,
Pastor Karl