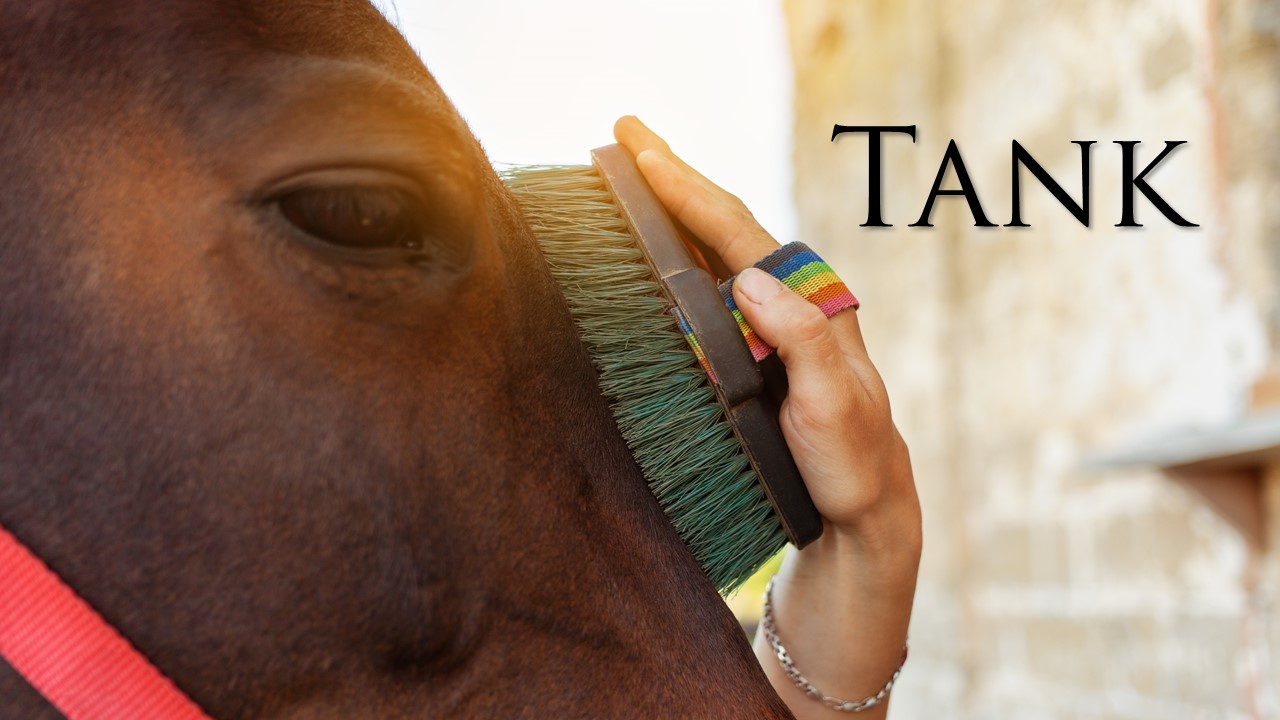 The end of all things is at hand; therefore be self-controlled and sober-minded for the sake of your prayers.  Above all, keeping loving one another earnestly, since love covers a multitude of sins.  Show hospitality to one another without grumbling, (1 Peter 4:7-9).

The sign on his stall read, “Tank”.  He was smaller than the other horses in the barn.  And, according to his caretaker, Tank had “little man syndrome”.  When he would approach the Dutch door of his stall, Tank’s ears would go back announcing his attitude to anyone who cared to notice.  If you dared approach, not heeding the attitude announcement his ears were making, he might provide further public service announcements regarding his attitude through his teeth.  Yes, Tank will bite you!

It all began to make sense when we discovered Tank’s real name.  He was named Tink, as in Tinkerbell.  Ok, no wonder he was mad!  Tank was suffering from an identity crisis!  And he wanted everybody else to suffer with him!  Did I hear an “amen”?!

Well…, let me tell you what happened.  After our trail ride (on other horses with their own identity issues), my wife and I had the privilege of brushing the horses that we had ridden.  They seemed to appreciate the brushing.  While brushing “our” horses, I noticed Tank was watching from his stall.  So, I approached with brush in hand.  He was nonchalant so as to not communicate in any way that he might actually appreciate a brushing.

While brushing his face, Tank seemed to try his hardest not to like it.  But he loved it!  His eyes almost rolled back in his head with delight!  He looked like he might fall asleep.  I had a new friend.  I knew that we had connected by the way that Tank didn’t attempt to bite me.  Small steps, right?

Two: In Christ we’ve been given the “brush” of His love.  Today you can help someone else know that they are a “Tank” rather than a “Tink”.  You can remind someone of who he/she is in Christ Jesus.  You can encourage someone else with the love of Christ.  A kind word.  An act of service.  A gift.

Is that a brush I see in your hand,
Pastor Karl