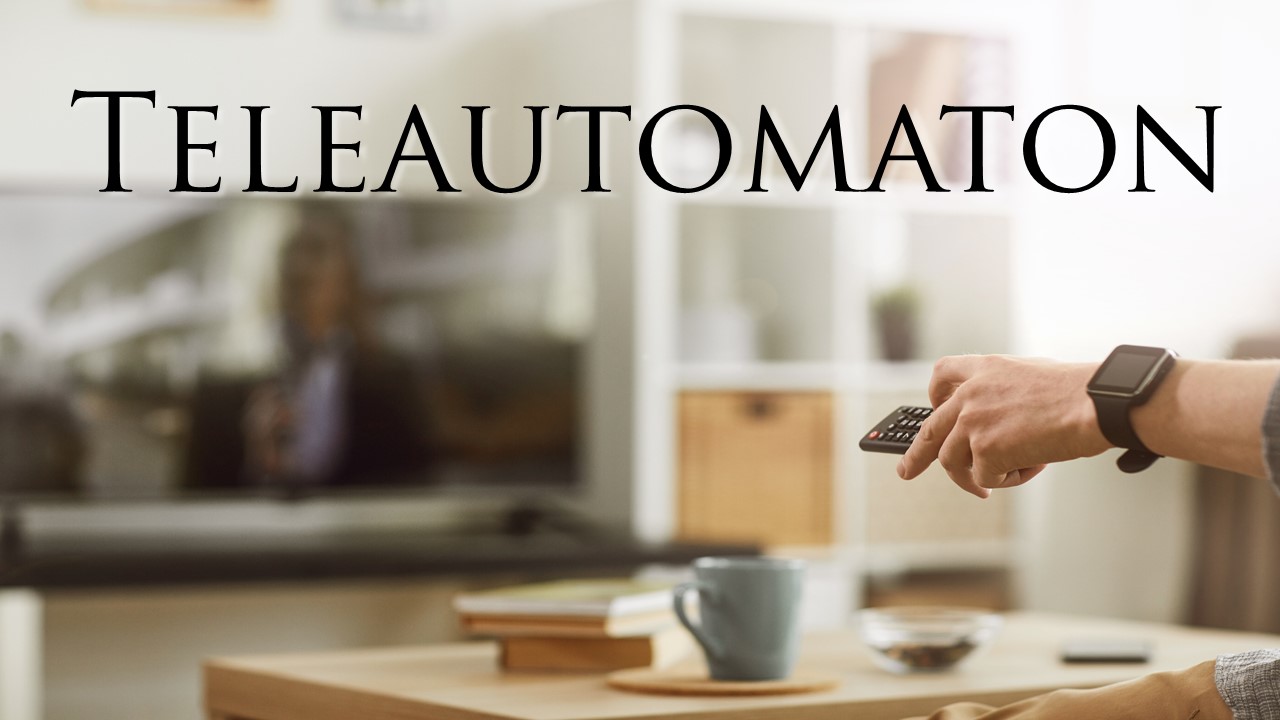 Renowned Serbian-American inventor Nikola Tesla created the first “teleautomaton”.  Most, if not all of you reading this article have at least one of them in your home today.  Tesla unveiled his “teleautomaton” at Madison Square Garden in New York City in 1898.  That’s right, 1898!  His intended client?  The United States Navy.  But Tesla’s technology was judged too flimsy for war.  Tesla sent signals to a small boat using a box -- his version of a remote control -- equipped with a lever and a telegraph key (originally designed to send Morse code signals). The signals generated from his box shifted electrical contacts aboard the boat, which, in turn, adjusted settings for the rudder and propeller, allowing the operator to control the boat's motion.  (science.howstuffworks.com)

As I consider the much-improved remote controls that we use today, I wondered if we don’t view ourselves as an upgraded “teleautomaton”.  How so?  God is the big screen tv.  We are just the little remotes offering up channel and sound changes through prayer.  And, if we say the right words in the right way at just the right time, we can control what’s on God’s screen.  Right?

Not so much.  The reality is that God is the control and He’s not remote.  He is actively, presently involved in His creation, us included, today!  He is in control.  But does He really control what’s happening in our lives today?  Like at work?  At home?  Paul, Ephesians 1:11, says that God works all things according to the counsel of His will.

Prayer affords us the opportunity to align our wills to His.  Yes, God answers prayer.  No, we do not control God even through prayer.

I guess that would make us the televisions?  I mean, after all, we are the ones who display His glory.  He’s the one working in our lives.  Ok, what’s He doing in your life today?  What channel is He dialing in?  How is He adjusting your picture today?

Under His control,
Pastor Karl