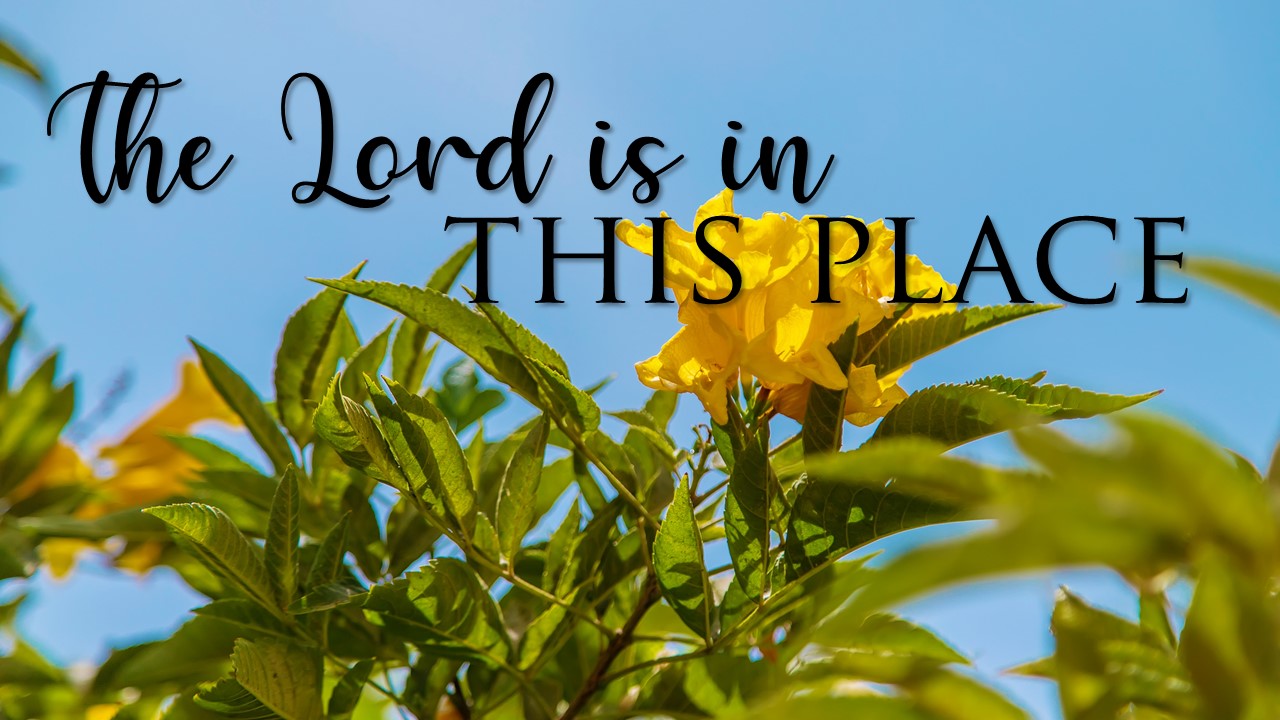 For what can be known about God is plain to them, because God has shown it to them.  For His invisible attributes, namely, His eternal power and divine nature, have been clearly perceived, ever since the creation of the world, in the things that have been made.  So they are without excuse, (Romans 1:19-20).

A couple of friends were minding their own business making their way south on I-77 last week.  Cruise control comfortably locked in, they were unexpectedly rammed from the rear.  Ouch!  For the following two to three hours, they found themselves spectating from the grass bordering the interstate.  A playground for patience?  Sure.  A field day for frustration?  Possibly.

Nestled neatly in the trees behind them where they waited, was what appeared to be a wild trumpet bush.  It’s brilliantly yellow blooms quietly shouted out to the glory of God.  In front, closer to the interstate was a congregation of the richest giant green clover.  (No wonder the deer like to feed beside the interstate!)  With each passing vehicle, the clover offered up a wave of praise!

There my friends were, sandwiched between the general revelation of God!  His presence was in plain view.  I’m not recommending a collision of the cars on the highway to discover God’s creation.  I am suggesting that we need to listen with our eyes.  God has shown us His eternal power and His divine nature.  Listen up!

Thankfully, in their “accident”, God graciously protected my friends.  On an otherwise very busy I-77, there were no automobiles immediately around them.  As they regained control of their automobile, they were able to do so safely without impacting other traffic or flipping their own vehicle.

God’s presence is clearly visible.  If you can’t see His hand in the circumstances of your life, look for His divine nature on display in His world around you.  Stand in awe of His power to create what you see and to sustain His creation.  As you observe, honor Him as the Creator, God.  Thank Him who dreamed up yellow trumpet bushes and giant green clover.  Praise Him who made you in His image to reflect His glory in His world!  And, be grateful to Him for His Word that informs us of His fingerprints in His world.