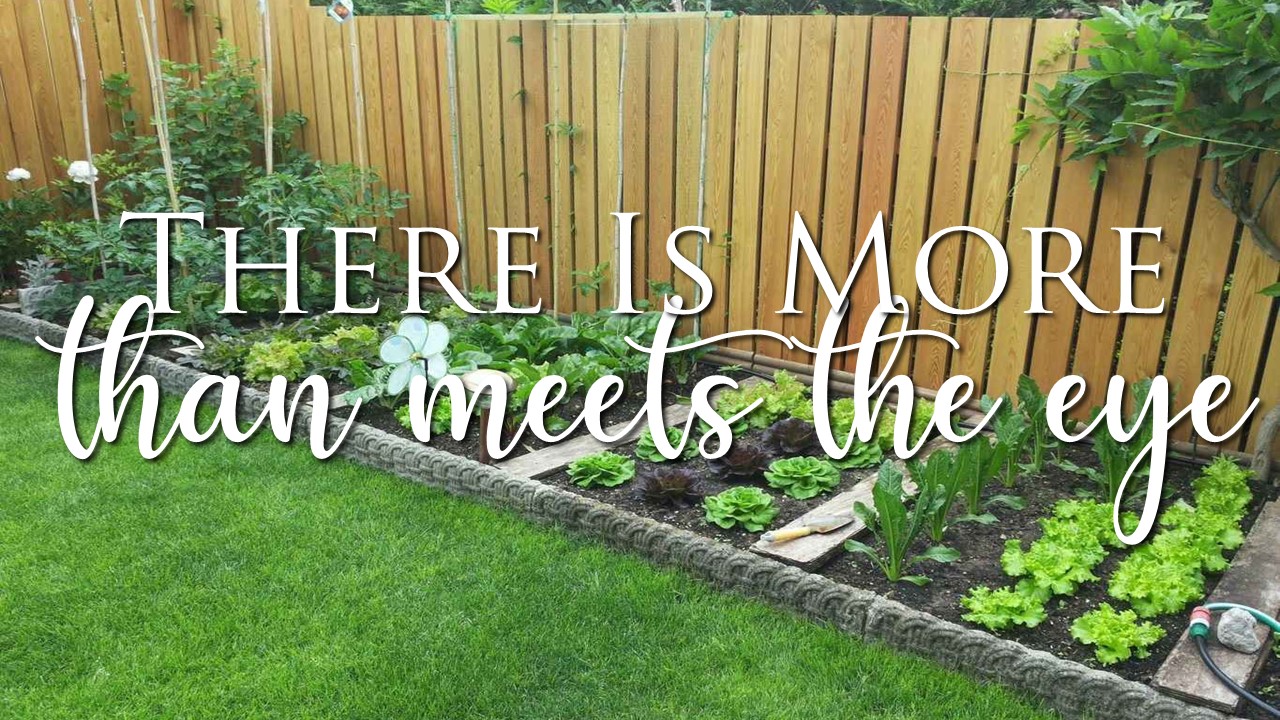 A couple of weeks ago I decided to plant some fall crops.  The two rows of squash in the garden had long since passed their prime.  So, out came the little tiller and pronto, the soil was ready to plant.  Six broccoli plants and six collard plants lit up the garden with color again.

This week, as I was checking up on my tender little plants, what to my wondering eyes should appear?  All around the little plants were other little alien sprouts.  Apparently forgotten seeds buried beneath the soil decided that it was time for them to make their grand entrance.

Beneath the soil stuff was happening, unbeknownst to me.  And, all it took was a little tiller turbulence on tip to produce a boatload of seedlings!

There is a great story found in 2 Kings 6:8-23.  The surface story is that of Elisha and his servant who were surrounded by horses, chariots and a great army of the king of Syria.  The king of Syria intended to seize Elisha.  Quite frankly the story on the surface looked rather bleak for the good guys.

Ah, but there was another story brewing just beneath the surface.  When the servant of Elisha was troubled, even fearful, Elisha told him not to be afraid.  Why not Elisha?!  We’re surrounded!

Glad you asked.  God opened the eyes of Elisha’s servant and what to his wondering eyes should appear?  “The mountain was full of horses and chariots of fire all around Elisha.”  Stinks to be on the wrong side of the battle.

You can’t make this stuff up!  God answered Elisha’s prayer and the Syrian army was blinded.  Elisha led them from Dothan into Samaria before the king of Israel.  Well, they fed the Syrian army and sent them on their way back home.  And the text tells us that the Syrians did not come again on raids into the land of Israel.  Really!

Can’t you just hear the conversations that followed?!  You get the point, right?  Sometimes the tiller turbulence on top is just an opportunity for us to see beneath the surface.  Rest fully assured that God is at work deep in the soil of our lives.  We may just need some tilling for His seedlings to pop through to the surface.