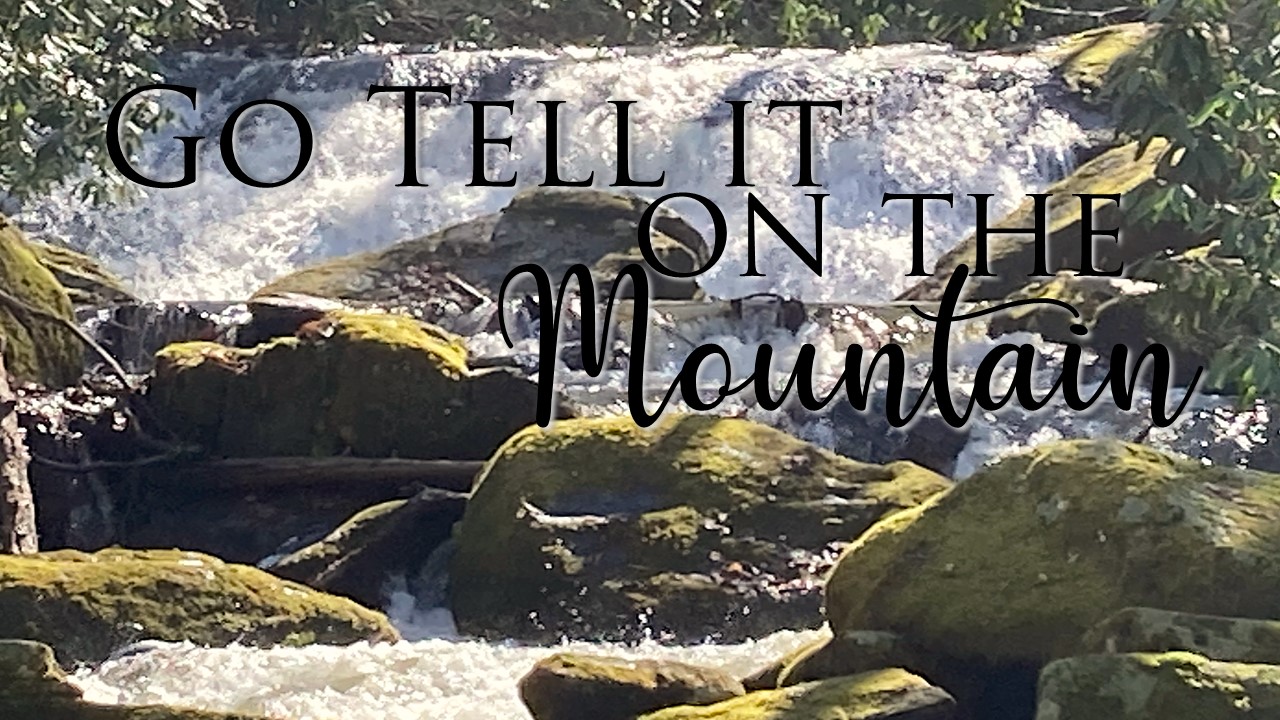 Sing to the Lord a new song,

And His praise from the ends of the earth,

You who go down to the see, and all that is in it,

You coastlands and you inhabitants of them!

Let the wilderness and its cities lift up their voice,

The villages that Kedar inhabits.

Let the inhabitants of Sela sing,

Let the shout from the top of the mountains,

Let them give glory to the Lord,

And declare His praise in the coastlands.

It's known as Roaring Creek. Cascading down Ripshin Mountain the creek descends with a thunderous roar. Unless.... Three days ago, Roaring Creek was more like a meow than a roar. The normal flow of water had been reduced to more of a trickle.

That all changed with a blanket of snow on Sunday. As the snow began to melt. Roaring Creek began to swell. And with the swell the former obstacles to its flow (you know, rocks and logs and stuff) became trumpets in its path!

Are there obstacles in your flow (you know, mundane tasks and ornery people and stuff breakdowns - appliances that stop working, cars that break down - you get the picture)? When you encounter the obstacles is your first thought. "I need to remove the obstacles?"

Could it be that when we remove the obstacles, we muffle the sound of His roar? It seems to me that the obstacles aren't the problem. Maybe there's just not enough flow? Where do we need to receive the precipitation of His presence in our lives?

Has the joy of His presence slowed to a trickle? Have the current obstacles choked the flow of His joy in your life? Even if the obstacles could all be removed, the roar of His joy would not be the result. In fact, the absence of obstacles would silence the roar.

Descending into His joy,
Pastor Karl