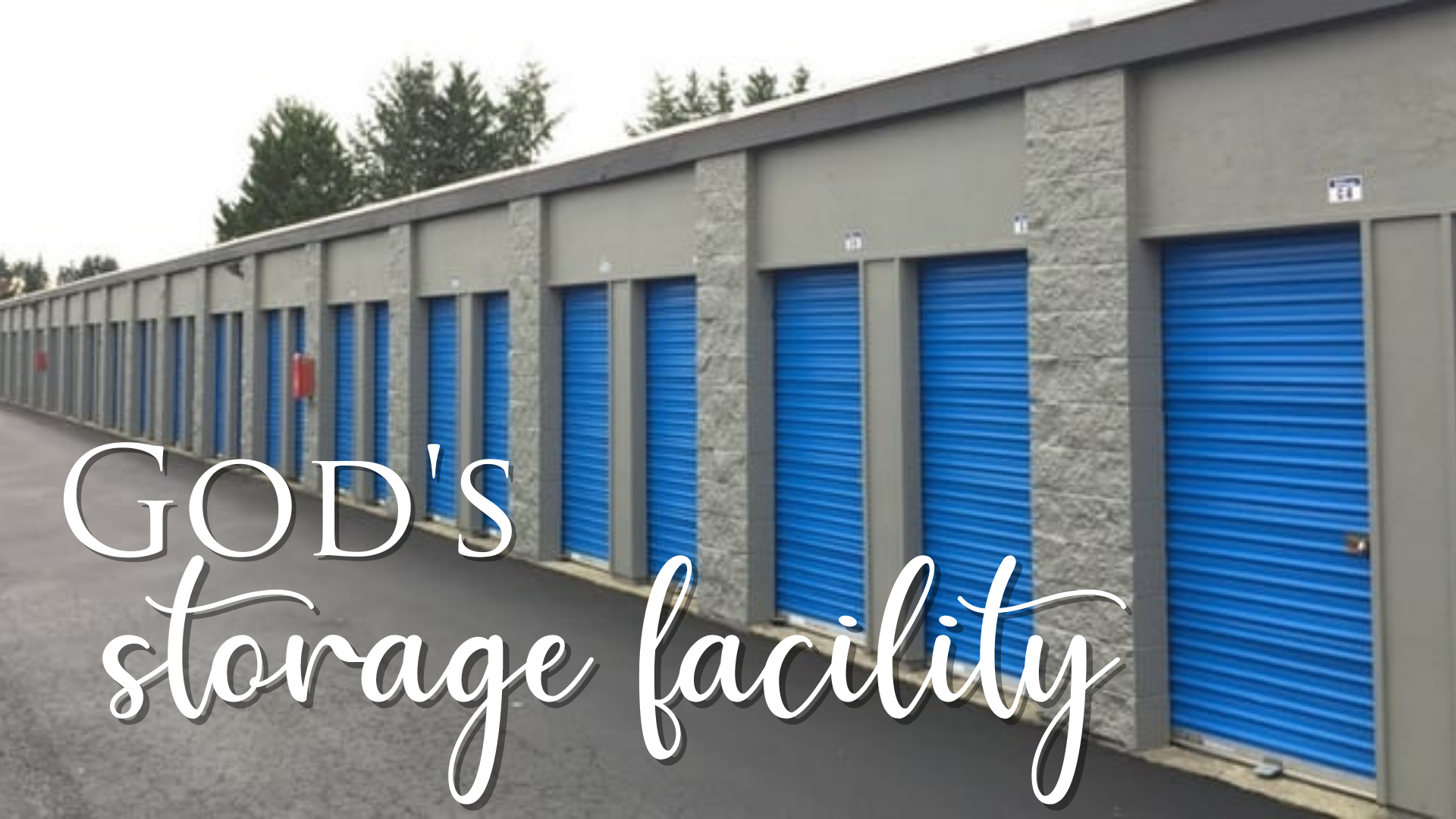 But lay up for yourselves treasures in heaven, where neither moth nor rust destroys and where thieves do not break in and steal. For where your treasure is, there your heart will be also, (Matthew 6:20-21). 1

So off to lunch with a friend.  The distance between Ballentine and Chapin was littered with storage facilities.  Got me to thinking.  I think I should go into the storage business.  Apparently, we’ve got a lot of stuff to store.  Then I started thinking about some questions.

Ok. So, where’s His storage facility?  It’s a place where stuff never deteriorates!  You know, moths don’t eat your stuff.  Rust is nonexistent.  There aren’t even any thieves to steal it!  Really?!  Where?  Not in this world.  Heaven.

I guess that kind of limits what sort of stuff we can store there, right?  No one’s found the portal to beam up the stuff of this world.  At least not that I’m aware of.  My guess is that if you bury someone with their stuff it’ll still be there in the ground long after the someone is gone.

Storing up His stuff,
Pastor Karl