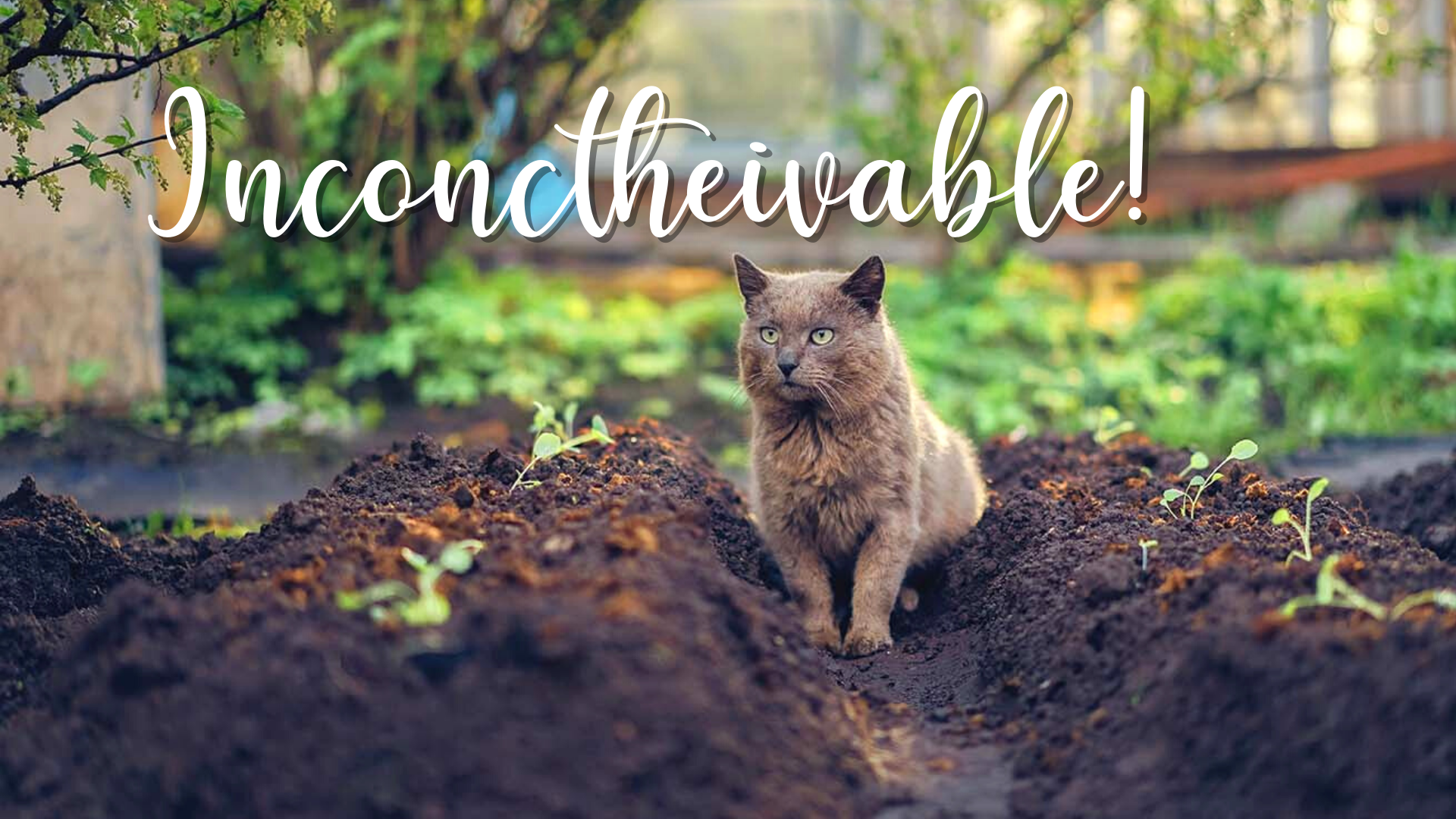 It was insensitive, inconsiderate, unimaginable, unthinkable, dare I say it, inconctheivable!  I mean my “back forty” is a work of art. For years I’ve worked the soil adding compost, tilling, watering, and weeding.  The 8’X12’ garden plot in my backyard is fraught with potential.

The four mathematically calculated rows all bear the hope of harvest.  A row and a half of carefully pruned tomatoes are neatly tucked into their respective cages.  A couple of pepper plants and an eggplant all look secure in their enclosures.  The squash mounds are bursting with seedlings.  And, the row of okra is reaching for the sky.

And then I saw it!  There in the middle of my “back forty” was a cat.  He was using my garden for a bathroom!  Now that’s inconctheivable!  What a thoughtless act of abuse!  Collateral damage included, (one of the okra seedlings had bowed its head in defeat after an apparent careless misplacement of a cat paw).

Here’s my point.  Paul identifies us as God’s field, His tilling grounds, His garden.  Throughout Scripture, God reveals His investment in us, His garden, His workmanship (Ephesians 2:10).  We are His.  He values us with His purpose.  He created us to bear His fruit.  When we use other people for a purpose other than what God designed, isn’t that abuse?

It strikes me as inconctheivable that we would desecrate His garden.  And, yet “I’ve heard of” people using other people.  You know, “I’ll scratch your back if you’ll scratch mine”.  When people become a means to our ends, aren’t we guilty of abusing God’s garden?  When we speak unkind words (whether face to face or behind another person’s back) aren’t we guilty of abusing God’s garden?  And what about you?  You’re His garden!  What are you doing with His garden?