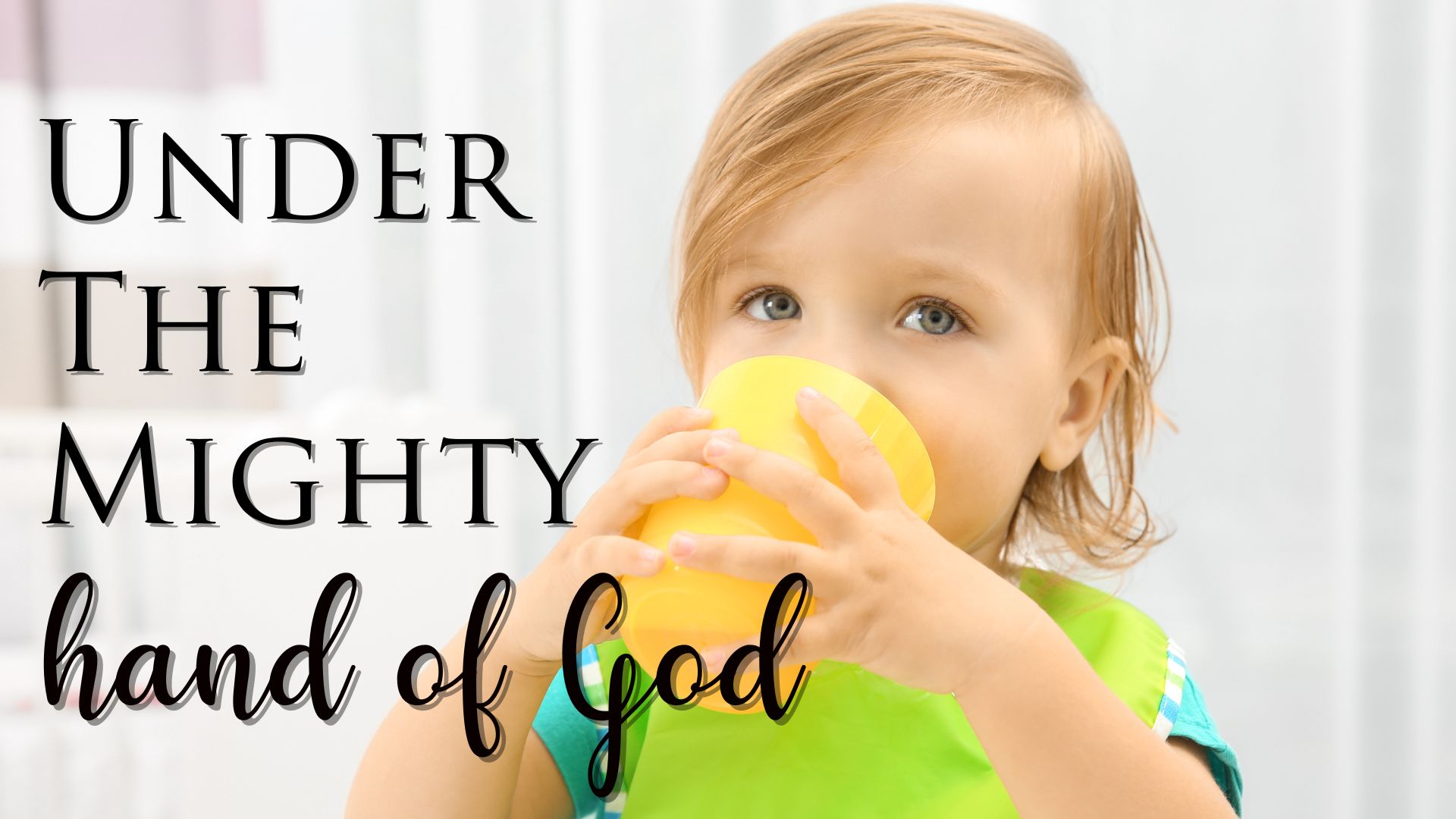 Humble yourselves, therefore, under the mighty hand of God so that at the proper time He may exalt you, (1 Peter 5:6).

I think James Dobson would refer to her as a strong-willed child!  Aren’t we all?  Oh, we “exalt” ourselves in different ways.  Some of us point out our accomplishments in bright colors.  Others of us exercise false humility so as to manipulate self-exaltation from the lips of others.  “Not me,” someone might object!  Could it be that when we defend, we’re mostly worried about self?

Self-exaltation isn’t anything new.  The father of lies suffered the consequences of self-exaltation before the beginning of time.  And he less than graciously shared that “pearl of wisdom” with Adam and Eve in the Garden.  Ever since, self-exaltation has become a natural way of life.  And not a good one I might add.

Even Peter, you remember him, right?  He was the Jesus defending (sword wielding ear surgeon?), water walking, close follower of Jesus.  But even Peter knew when to cut his losses and how to protect himself.  It is this disciple who commanded us (under the inspiration of the Holy Spirit) to humble ourselves.

What does that even mean?  It means a change of heart.  Read the epistles of Peter in comparison with what you encounter of Peter in the Gospels!  The beat of his heart was no longer for himself but for his God.  The Holy Spirit changed his heart.

It means a change of perspective.  No more “selfies” for Peter.  He was focused on His Savior (You remember his lesson on focus while walking on the Sea of Galilee.).  He began 1 Peter by identifying himself not as a master fisherman, or a man who actually walked on the water, or even an ear surgeon.  Instead, his identity was wrapped up in Jesus, (1 Peter 1:1).  Go ahead, count how many times Peter referred to his God in 1 Peter alone!

It means a change in behavior.  A change of heart and a change of perspective led Peter to a change in behavior, God’s behavior.  It would appear that the behavior to which God has called us far exceeds anything that we might concoct in our own minds!  Peter was driven to serve the Lord, to do whatever God had for him to do each day.  Just a “wee bit” different than his former self-exaltation days.

Today, would you consider the new creation that you are in Christ?  A new heart!  Would you, fix your eyes on Jesus?  A new perspective (from His Word)!  And, by His grace, would you choose to follow Him today?  A new behavior!  Humble yourself under the mighty hand of God.